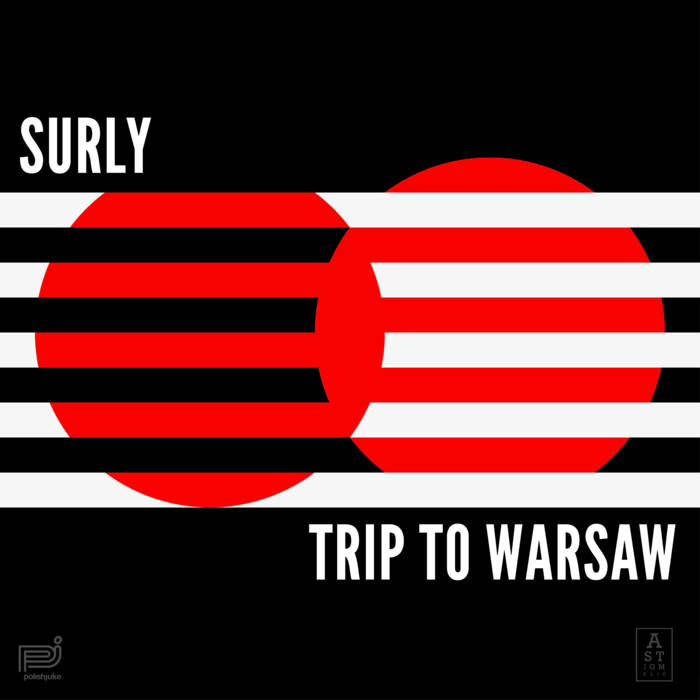 Steven Hartka The mood / atmosphere is great on this Favorite track: Train To Lodz.

Martyn Pepperell Trip To Warsaw was one of the understated masterworks of 2017. For proof of impact, just check the ballroom ambiance of ‘Thirteen,’ and ‘4Q 510-511,’ simple piano, double bass, brass and woodwind figures bubbling up into vigorous dancefloor workouts for the open-eared and fleet of foot. The vinyl reissue can't come too soon. Favorite track: THIRTEEN.
more...

When Polish Juke released ‘Trip to Warsaw’ by Surly back in May 2017, it created quite a fuss on the scene. Surly’s fusion of Polish Jazz and Chicago’s Footwork swiftly found its way onto the airwaves, played by Kode 9 and Kutmah on NTS Radio. Praise for the album was also shared on beehype’s website: “Fittingly released by Lodz, Poland-based record label Polish Juke, it’s one of the understated masterworks of 2017”.

It became clear that ‘Trip To Warsaw’ EP was an important album, that needed to be immortalized on vinyl, and that’s why Astigmatic Records and Polish Juke have collaborated to produce a remastered version of “Trip To Warsaw” with the addition of one extra track, ‘Whispers Through The Wall’ (available only on vinyl).

Surly, originally from New Zealand, is a member of the Californian Juke Bounce Werk crew famed for his experimental take on Juke/Footwork. Surly’s approach avoids the standard sound widely used in these genres, whilst staying true to the rhythm patterns. He chose to use this same approach to produce “Trip To Warsaw” EP. The title was not a coincidence, but a clear tribute to Polish Jazz. A pinch of romanticism, a touch of melancholy, love, war, unrest, the ambience of cozy clubs and rehearsal rooms wreathed in cigarette smoke, filled with resounding jazz vibes - all these are present in “THIRTEEN”, “4Q 510-511”, “Train to Lodz”. Modern elements can be found with the use of up-tempo broken beats and massive bass, especially featured in tracks “Scare Em to Death”, “Wait Til the Stick Comes”. This album feels like a time machine, an exploration of the past decades taking Footwork back behind the iron curtain.

Surly’s decision to dig in to Polish Jazz wasn’t random. Scott Ludvigson, Surly’s real name, is the son of well-known New Zealand Jazz musician, Tom Ludvigson, who used to play with Krzysztof Ścierański from legendary Polish group, Laboratorium. It can be said, that perhaps the knowledge and love for music instilled by his father, played an influential role and helped shape the album Surly created. His father a versatile artist, provided the artwork for Surly’s album, demonstrating that his influence went beyond the music.

“Trip To Warsaw” an album released by Astigmatic Records is available to pre-order on Bandcamp from 5th of February 2018.

The CREW collecting the Polish musicians, producers and DJs who love the sounds of Chicago juke/footwork music.

Bandcamp Daily  your guide to the world of Bandcamp

outré black metal, with a Victory Over the Sun interview and music from Liturgy and Jute Gyte.